Born in Barrie on October 22, 1926, the daughter of the late Percy and Lillie (Monteith) Huddleston, Beth Huddleston passed away at Meaford Long Term Care on February 12, 2020, at the age of 93.

Beth obtained her nursing certification, graduating from Royal Victoria Hospital in Barrie in 1948. Well known in the community for her devotion to missionary work, she accepted a posting to Ecuador as a missionary from Knox Church in 1958 with her co-worker and longtime friend Eleanor Boyes. Beth served as a nurse in the Hospital Vozandes Quito for 12 years and then in Hospital Vozandes Shell for 15 years. She served as the director of Nursing while in Quito and as a nurse anesthetist in Shell. She was heavily involved in the building of a new hospital in Shell while serving there. She and Eleanor assisted in establishing a hospital in Malawi as well. Beth returned to Canada in 1986, having served for 27 years in missionary work where she and Eleanor then assumed roles of World Radio Missionary Fellowship (WRMF) representatives across Canada for four years.

In Memoriam: In Memory of Donna Marilyn (Rogers) Clarke

We the Family would like to thank our neighbours for the cards, food and support. Bobi and the staff of Bobi's Play School for filling our freezer with more food and the kind support they have shown us.

As well as, the Merchants of Meaford. Your generosity will never be forgotten.

A special thank you to Michael Henkel, Pastor of the Walter's Falls Community Church for delivering a beautiful service in memory of Donna. 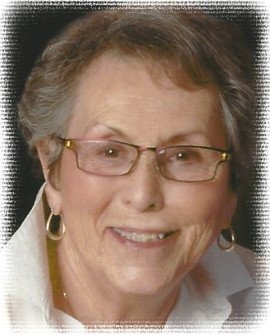 Lois Pauline “Polly” Chapman, formerly of Meaford, passed away surrounded by the love of her family at Campbell House Hospice in Collingwood on Monday, February 10, 2020. Born on February 23, 1927, she was the daughter of the late Rose (Harris) and William Hatch. She is also predeceased by her husband of 68 years, Walter Chapman (2017), and her brothers, William and Donald. 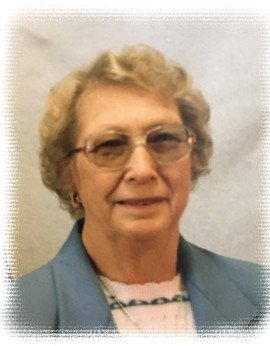 Born in St. Vincent Township on March 28, 1933, a daughter to the late Charlie and Maude (nee Almond) Taylor, Audrey passed away peacefully at the Meaford Long Term Care Centre on Sunday, February 9, 2020, at the age of 86.

Audrey was predeceased by her beloved husbands Lewis Snell in 1985 and Howard Eagles in 2006. She will be remembered as the loving mother of Pat (late Christopher) Duff and Jim Snell and his partner Isabell, all of Scarborough.